IS NOT TAKING A PICTURE,

IT IS TO BE THERE" 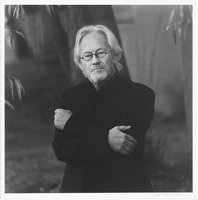 I’m a photographer & graphic designer based in Kristiansand, Norway.
I have a photo studio/gallery along with two others at the top of Odderøya,
close to the new, coming Artsilo, SKMU Art Museum.

I have been working with photography in 50 years. I started capturing moments with my very first Ricoh Mirror camera using Ilford, Kodak and Agfa films.
My main focus was creative black and white photography, basic camera and darkroom techniques, as well as color slides.
Olympus, first OM2, has followed me from 1977 until today (digital), I continued developing my photography interests and skills. As a graphic designer, the principles of design and composition became a part of my everyday life. Fortunately I was able to combine my work and my passion.

From 1998 and until December 2018, I had the privilege of working for the Norwegian NGO, Stromme Foundation. Meeting people all over the world and their cultures did change my understanding of silence, peace and communication, and I believe it reflects in my photos.
After years in my own "The Gallery - Fine Art Photography" I am now based at Odderøya in FOTOHUSKRS. A studio & Gallery along with two others, all working with photography.

The response inspires me to continue my work!
OddvarP

Some ”highlights” from the last years